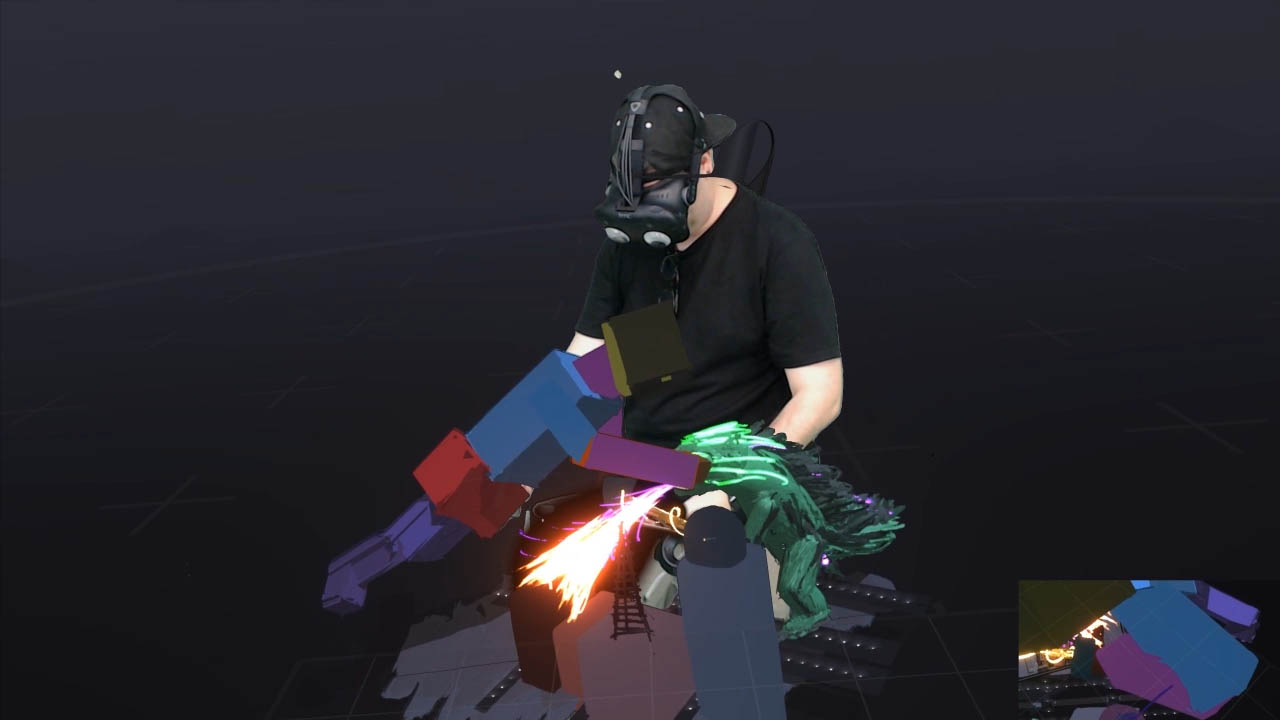 One of the best ways to demonstrate Virtual Reality is to merge the two worlds with a technique called ‘Mixed Reality’.

Over the last few weeks, I have been experimenting with overlaying the footage of the digital art I create overlayed with footage of myself painting in virtual reality.

Above Video: Painting and rotating a monster battle in a cityscape and creating a sci-fi tree.

Another great way of showing how virtual assets can be created and manipulated is to use Augmented Reality.

Here’s an early test using AR on an iPhone 6+ to display a high-resolution untextured model.